Worried by the high rate of insecurity in Cross River state, the National Youth Council of Nigeria, NYCN in the state has shown her concern on how to assist security operatives in the state fight the situation.
This they did by launching what they call ‘operation know your neighbour’ programme, during a one day security summit in collaboration with the special services of the governor’s office recently held in Calabar.
The security summit which saw the various leaders and coordinators across the 18 local government areas and wards in the state was geared towards engaging them to see on how to proffer solution to the unending security tension in the state and to ensure that the youths, who are crime perpetrators will engage themselves at their various localities to monitor and provide intelligence to security operatives in the state.
Addressing newsmen after the summit, state chairman of the NYCN, Dan Obo believed that it was the youths that could bring a lasting solution to the challenge if only they would be willing to cooperate with security agencies.
While appealing to the government to provide the youths with opportunities for the young people to have what to do he added that there should not be any excuse for the involvement in criminal activities. “I also do not agree that if you’re jobless you will be involved in crime, no I don’t believe so. What I believe is that let us know our neighbours, those ones who have issues of character and attitude should be exposed and that’s all.
“In actual sense, the youth council chairman for Calabar South sold that idea to me and the entire idea is to know your neighbour. If you know your neighbour crime will reduce”, he noted. He also clarified that the ‘know your neighbour’ programme is not a security outfit but an ideology.

He added that “the moment you discover threats to your area, please if you cannot access the security call us we can access them almost immediately. The security agencies that I know particularly the office of the permanent secretary is accessible to everyone, he takes every call. So have his contact and call him. We anticipate monthly reviews of what we do. I don’t have an interest in challenges, I put up solutions. My interest is in solutions.
“We could not wait until the government gives us money but we know that first it is our right to defend our land so whatever issues that have been raised beyond the security agencies being here we also as youth council, we will make sure that it is enforced”.
In his remarks, commissioner for solid minerals, George Oben-Etchi expressed satisfaction at the security summit, stating that it is very strategic and very critical. He said most people always think that security is the government’s business and every time if something goes wrong they say the government is not performing. He averred that there is no security that is more important as the one where one sees something and reports to the appropriate authorities immediately.
According to Oben-Etchi who doubles as the chairman of Cross River state Commissioners’ Forum, “Knowing your neighbour curtails crime and checks crime even more than having security drones here and there because the truth be told, except you have lots of goals you can’t really achieve anything.
“So I think that this is very important and strategic and I think for the youths to even think of having a summit of this nature it just goes to speak the fact that they are also aware that our nation and our state is going a lot of challenges security wise and you know that for Cross River state we don’t have resources so this kind of forum can help create awareness and solve the security challenges we have.
“We have no excuse in this time and era to think about engaging in crime. We’ve moved from a certificate based society to a skill based society. Right now it’s for everyone to begin to look for skills, get empowered, think about getting additional skills, think about learning extra skills and empowering yourself in another way and that will help.” 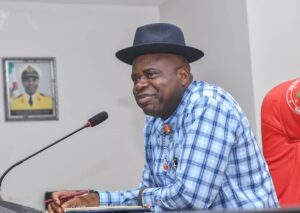 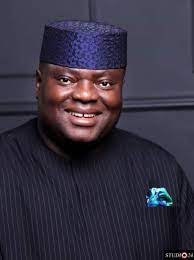 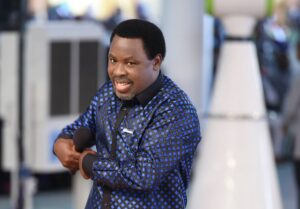 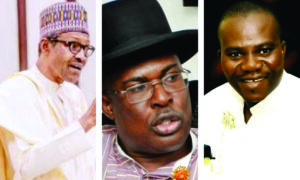