There are strong indications that the member of the Nigerian Senate representing Bayelsa West Senatorial District, Senator Lawrence Ewhrudjakpo is under intensive pressure to resign from the red chambers.
Ewhrudjakpor, who is serving his first tenure in the senate, hails from Ofoni community in Sagbama local government area which has Ekeremor as the second LGA that make up the Bayelsa West senatorial district.
Ewhrudjakpo, who served twice as Commissioner for Works and Infrastructure under governor Dickson, had been in the eyes of the storm even before he became Senator of the federal republic of Nigeria in June this year.
There had been speculations that the senator reached a secret deal with the Bayelsa state governor, Mr. Seriake Dickson that he would be made deputy governor and thereafter resign his Senatorial seat to pave the way for the outgoing governor, who is from that same district with him, to come in.
Governor Dickson had publicly denied the specualtion, stating that he had so many options as an exposed citizen of the state, having served as governor for eight years, adding that he could decide to pick up lecturing job in any of the universities or return to his sugar cane farm at his Toru-Orua home town.
However, observers of political events are of the view that Dickson was hell-bent on fielding Ewhrudjakpo as running mate to Senator Douye Diri for the just concluded governorship election in the state due to the widely speculated senatorial secret deal.
Unfortunately, the said deal flopped following the loss of the People Democratic Party (PDP) to the All Progressives Congress (APC) at the polls.
Despite the gubernatorial defeat of the PDP, TNN gathered that pressures are still being allegedly piled on the serving Senator to resign his position according to the terms of the “agreement” which, we learnt, would compel Ewhrudjakpo to vacate the seat irrespective of the outcome of the election.
The situation is said to be currently generating a contemplative political impasse in different camps within the PDP as well as among the kinsmen of the embattled senator.
On one hand, we gathered that the people of Ofoni community, who are said to be averse to any attempt to force their son out of the senate, have allegedly issued a stern warning to Ewhrudjakpo not to bow to any pressures to resign.
According to our source, Ewhrudjakpo’s kinsmen have reasoned that there was no moral justification for their son to resign now even if there was such initial arrangement since the PDP did not win the governorship election.
An elder of Ofoni community, who spoke to TNN on the ground of anonymity, said “we are hearing rumours here and there that they want to force our son, distinguished Senator Lawrence Ewhrudjakpo to resign.
“As far as we are concerned, we will condemn those rumours to the dustbin of the rumour mill because we know it cannot happen. Of what moral justification should he resign?
“Before the election, we used to here that if the PDP wins the governorship election, Senator Ewhrudjakpo will resign which to me is a normal thing but now that the PDP did not win, why should he resign?,” he questioned.
Meanwhile, it was learnt that Ewhrudjakpo is said to be ready to throw in the towel for “peace to reign,” on the ground that he would not want to “betray” his master.
The embattled senator is alleged to be enmeshed in a dilemma on whether to obey his master and resign in line with the alleged ‘gentleman’ agreement or to remain obstinate with the backing of his kinsmen.
On the other hand, some chieftain of the PDP, we further gathered, described the alleged move to compel Ewhrudjakpo to resign as suicidal, pointing out that there was no guarantee that the PDP would win the election in the event that he resigns and a bye-election is conducted.
“If we don’t thread with caution, we may as well throw the water and the baby and the PDP will be the greatest loser, because it is going to be an election, not selection, and election can go either way. You either win or lose.
“Having lost the governorship seat to the opposition due to the selfishness of some leaders of our party, we cannot afford to lose the Bayelsa West senatorial seat to the opposition at this point,” a PDP leader from Ekeremor local government area told TNN in confidant.
Meanwhile, the political woes of Senator Ewhrudjakpo became compounded on Wednesday when a Lugbe Grade 1 Area Court sitting in Abuja, slammed an arrest warrant on him for failing to appear in court to defend a case of forgery of NYSC Exemption certificate against him. 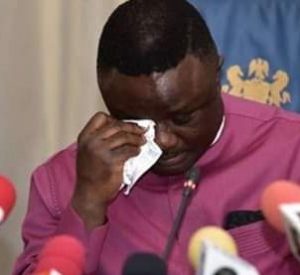